Bumble—which listed on the Nasdaq in early February under the stock ticker “BMBL”—is best known as the initial female-first dating app. Bumble CEO Whitney Wolfe Heard had previously worked at Tinder and realised that neither the company nor its social dating app was designed specifically to meet the needs of women.

But it remains to be seen how Bumble will fare across global markets—heavy investment in international expansion is one of the reported uses of the funds raised in the IPO. It will be especially interesting to see how the company fares in cultures where gender roles and other cultural nuances are different from those in the West.

And it is not just Bumble. It remains an open question how Tinder and other Western dating apps will fare as they begin to go head-to-head with dating apps that originated in overseas markets. Will these Western companies be able to navigate the complex cultural, linguistic, religious and gender-roles across Asia, the Middle East, Africa and South America?

Take for example, India, which many consider to be the “crown jewel” of Asian dating app markets. With more than 1.3 billion people—about 250 million of which are in the prime dating age range—it’s territory every dating app covets.

Tinder entered India in 2017 with a “Tinder Lite” app designed to minimise data use in a market where subscribers still paid by the kilobyte. However, after four years of investment, the company remains far from the level of success it has achieved in North America.

Similarly, Tinder’s parent company, Match Group, acquired an Egypt-based dating platform called Harmonica to build its presence in the Muslim world. Despite this foray, data shows that no Western-based data app has managed to crack the leader board among social dating apps in emerging Muslim-majority markets.

Another global online relationship app is Russia-based Badoo, which claims to be the world’s largest social connection app with more than 400 million registered users. However, Badoo never managed to carve out a niche in the dating market and ultimately merged into Bumble.

We believe the key reason that US and European-based dating platforms struggle in Asia, the Middle East and Africa is the aforementioned level of diversity of ethnic groups, religions, cultural norms and languages in these regions. Both Tinder and Bumble built their businesses in North America, which is more homogenous than many emerging markets in terms of religious and linguistic groups and cultural norms.

In comparison, emerging markets such as India and Nigeria have multiple distinct subcultures within them. Understanding and mastering the subtleties of these disparate groups takes on-the-ground knowledge and a true commitment to localisation that goes beyond advertising in local media and sharing aspirational statements in annual reports.

For example, in many cultures, parents and extended family play a significant role in dating culture. Similarly, many Muslim countries have long-standing religious traditions of social distancing between young people of different genders.

In these markets, dating apps designed to connect prospective couples and move them quickly from virtual to in-person meetings are not likely to succeed. In fact, in some parts of Africa, finding a prospective match who shares your language, religious beliefs and tribal affiliation is paramount to proximity and may result in extended virtual relationships across considerable distances.

Whence the “Tinder of the East”?

Against this backdrop, there is no short cut to success in emerging online dating markets. For example, Asia Innovations Group (AIG) was able to use a common technology core to roll out its Lamour dating app across markets in Southeast Asia, the Middle East, South America and North Africa. But the company used local teams in each market to build tailored app interfaces and features to deliver dating experiences that best suited local users.

This localisation approach has allowed Lamour to amass 60 million users globally in just two years and rank second only to TikTok in terms of gross revenue among social apps on Google Play Store in Brazil, according to SensorTower.

In the process, the company has uncovered several keys to success across these markets. The first and most important is the need to deliver live in-app video or voice connectivity rather than relying on text chat. This is especially important in markets where physical distancing is required for cultural or religious reasons—let along COVID-19—or where it is difficult to find local matches.

Second, with users potentially spending hours together in a livestream environment, it is important to provide in-stream entertainment to enrich interaction. This led to the development of embedded interactive games and virtual gifts that can be accessed without exiting the livestream. These features combine to enrich engagement and enhance the sense of connection within the app, especially amid COVID-19. Of course, each market ultimately needed localised games and virtual gifts, again pointing the need for on-the-ground insight.

Third, because many users in emerging markets access the app from disparate towns, rural areas or even from differing countries that are connected by culture or religion, addressing language barriers is important. To facilitate connections across users who are separated by language, the company rolled out an AI-based, real-time language translation feature that currently supports six languages—Mandarin, Cantonese, English, Japanese, Vietnamese and Arabic.

Finally, the app prioritises synchronous connection, which means matches are prioritised between users who are online at the same time. This reduces waiting times for individuals looking to be paired up and gives users a chance to use online time productively to meet and learn about potential partners.

Although all of these features require sophisticated technology and engineering, these four secrets to success in emerging market dating apps can be boiled down to “true localisation”. Any platform, regardless of success in developed Western markets, is unlikely to succeed by simply rolling out a tweaked platform in major emerging markets.

Thus, the “Tinder of the East” will ultimately be an app that has put the time and effort into understanding emerging markets and cultures and developed a product that truly meets the needs of users in these markets. 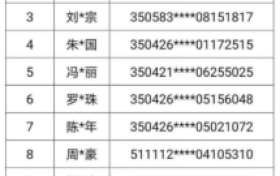 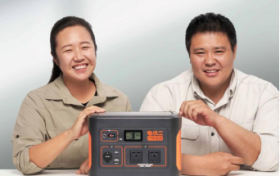