Social networking is a key battlefield in the internet sector. The two Chinese internet giants—ByteDance, which owns TikTok, and Joyy—operate content and social platforms, and dominate social networking traffic in the East and the West. At first glance, ByteDance, a multinational internet company, and Joyy, a video-based social media platform, seem to have the upper hand in the social networking industry. However, the market share for global social networking apps is not limited to these two companies. Outside the space of short video, which is generally under two minutes, many other live social networking apps are also worth following. Live-social products combine a range of innovative, tech-savvy tools to empower people to connect, socialize, and be entertained in real time from their fingertips.

In 2012, the number of users on WeChat, a Chinese social messaging app, exceeded 100 million, making WeChat the leading app in an expanding global social networking industry. Various live social networking apps such as Blued, MOMO, and TanTan, started to gain momentum and became popular across the world, particularly in China and Southeast Asia. In 2019, Uplive, a livestreaming social app owned by the Asia Innovations Group (AIG), became the largest independent video-centric live social app in the world.

Social networking apps can be generally categorized into two types: live social and peer social. Live social activities that connect strangers across geographies and interests have become more popular among users than peer social apps, which include messaging apps that connect users with existing friends or connections.

Let’s explore the reasons why the leading players in the live social space have experienced high global growth in recent years.

Live social networking: The next phase of social entertainment

When it comes to global social networking apps, TikTok is the first platform many people think of. However, TikTok is just the tip of the iceberg. In this highly competitive industry, some smaller but fast-growing players have emerged as disruptors in global markets.

Considering the growing importance of research and development, operating experience, and a wider product and service ecosystem, the best resources are increasingly going to the industry leaders. By leveraging the growth potential of emerging markets, these companies have developed increasingly innovative products. Many companies have migrated apps with successful business models from global markets to emerging markets and in so doing have enhanced their first-mover advantages. App downloads in emerging markets such as Southeast Asia, South America, and the Middle East have steadily increased, with growth rates far surpassing those of more developed markets. Live social apps are expected to continue to boost user growth in these regions.

As users’ entertainment needs become more diverse and sophisticated, social networking, gaming, livestreaming, short video, and other live social pursuits are increasingly complementary to these needs. Companies like AIG with a portfolio of products can achieve more efficient traffic flow based on mutual connections and conversion, ultimately strengthening their user base. Additionally, comprehensive ecosystems make it possible to integrate various entertainment elements into a single product.

This is not the first time social apps have tapped into the global market. Many UK and US social apps, such as WhatsApp, Snapchat, and Tinder, have built significant global markets. However, most of these platforms have not localized their products to the specific cultures of global markets beyond language translation. This lack of localization presents an opportunity for other players in the market to gain market share by delivering region-specific features.

Some key global companies have implemented localization strategies and achieved great results in either social interaction with strangers or in social entertainment. However, competition amongst both global companies and local players in these fields is increasingly intense. For example, Kuaishou’s Kwai is competing with Bytedance’s TikTok, trying to get a slice of the short video market. Some companies have taken a different approach and opted to launch ancillary products—AIG’s Lamour is a notable example.

The localization of a product has significant impact on its prospects in a target market. After downloading and using many social products such as Uplive, Lamour, Yalla, and LivU, one may find that many of these apps have made significant effort to implement localization strategies. In addition to language-matching, the products address the unique reading habits of different countries and regions, preferred skin colors in their filters, and locally oriented stickers and virtual gifts. These features are crucial to success in local markets. AIG established experienced on-the-ground local teams in 12 markets, with local offices in cities such as Kuala Lumpur, Cairo, and Casablanca.

Uplive is similarly dedicated to meeting the specific needs of local communities. In December 2020, Uplive launched local campaigns in both Hong Kong and the United States. In Hong Kong, a singing contest campaign attracted many local talents to share their passion for music. In the United States, New Year’s Day events were organized and livestreamed via Uplive for users to join from anywhere in the world.

Global social networking platforms like TikTok, Uplive, Lamour, MLiveU, and Loops are expanding rapidly overseas, forming their own unique business models. However, global expansion means more than just exporting a product. Global expansion also means incorporating local culture into the products offered and the business model employed. For global entertainment and social products to succeed, continuous innovation and in-depth insight into the habits and preferences of local users are indispensable. 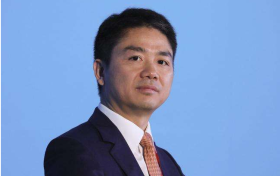 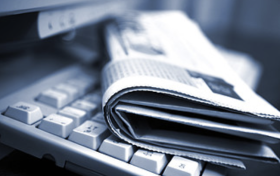